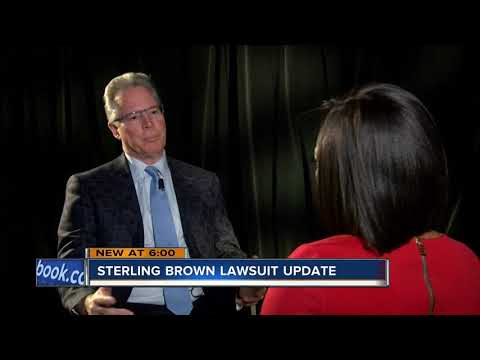 UPDATE: In an interview in TODAY’S TMJ4 News at 6pm, GCW Attorney Mark Thomsen continues to speak out against the city’s response saying Mr. Brown was “treated less than human” by the Milwaukee police. He believes the encounter didn’t have to end like it did and that the city needs to do more, and not just for Sterling Brown. “If you don’t name the problem or identify it, you can’t fix it,” says Mark Thomsen. “And if you continue to bury it, you promote it.”

“To my friends and fellow citizens that say Mr. Brown should have done more,” says Mark Thomsen, “Look into your mind and your heart.”

UPDATE: In an interview with Shannon Sims from TODAY’S TMJ4, Mr. Brown stated that he had yet to receive a formal apology from the Milwaukee Police Department for tasing him on January 26, 2018 after parking in a handicapped-accessible spot. At this time it is unknown whether or not Mr. Brown will receive an apology.

Since the incident has happened over a year ago, Mr. Brown has revealed how he has been able to move forward since that day. “Basketball has helped me a lot,” Sterling Brown said. “It helped me keep my mind focused on something … I wasn’t able to just drift away and dwell in what happened and let it eat me up.”

UPDATE: After a long testimony on December 19th, the Milwaukee Fire and Police Department sustained the decision to fire police officer Erik Andrade, after the controversial arrest of Sterling Brown back in January.

GCW Attorney, Mark Thomsen, was pleased with the FPC’s decision, however he believes more needs to be done.

“That type of racist conduct is unacceptable. Until they change their legal position and admit that this was a racist attack, we’re not going to get very far,” said Thomsen. 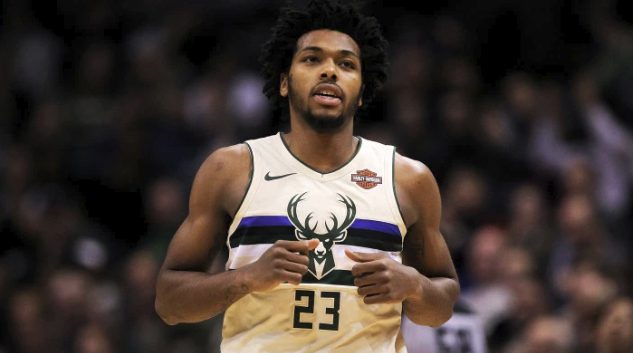 UPDATE: A telephone conference hearing was scheduled for November 21 with Sterling Brown’s attorney, GCW’s Mark Thomsen, and Eastern District of Wisconsin magistrate judge David E. Jones. During this hearing a potential trial date would be set for Mr. Brown’s lawsuit against the city of Milwaukee and the Milwaukee Police Department (MPD).

On August 25, the city of Milwaukee and MPD took no blame in the arrest and stated that it was Mr. Brown who was entirely at fault. “Mr. Brown remains willing to work with the city to try to resolve this lawsuit in an amicable fashion,” said Mark Thomsen.

In an interview on November 8, Mr. Brown stated that he has been getting a lot of support from “notable” people throughout the NBA and he is remaining positive.

Thomsen said Mr. Brown would not be on the conference call and would not be making any further comment until the city of Milwaukee moved forward.

“Our foundation embodies things that should be instilled in the youth so they could lead successful lives,” said Sterling Brown. “We want them to do something for their lives to help them get out of the ‘hood and unfortunate situations.” 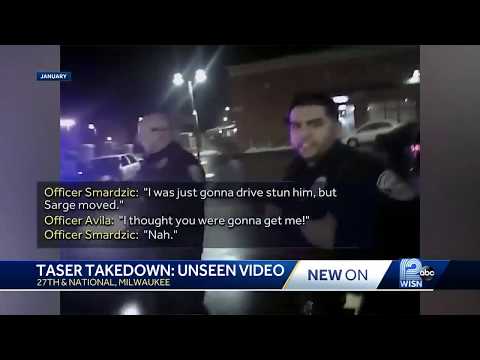 UPDATE: New body cam footage has been released from the night of Sterling Brown’s arrest, showing clear shots of a police officer using a Taser on him. The new video shows police pinning Mr. Brown to the ground and the Taser bar stuck to his lower back.

“If my city is serious about apologizing, addressing race relations, then they have to be sensitive of how they release documents,” said GCW attorney Mark Thomsen.

Mr. Brown’s federal lawsuit was filed Tuesday, June 19th, against the city of Milwaukee and its police department for the unlawful arrest and use of excessive force on Milwaukee Bucks player Sterling Brown.

The city’s response to Mr. Brown’s lawsuit stated, “The injuries and damages sustained by the plaintiff, if any, were caused in whole or in part by their own acts or omissions.” Milwaukee Mayor Tom Barrett did not have the chance to review the answer before it was filed by City Attorney, Grant Langley, but was surprised by the response.

Mr. Brown wants the city to admit the incident was an unlawful racial stop and is committed to making a change within the community.

“The city [Milwaukee] must admit that this was a violation of his [Mr. Brown] constitutional rights… that is the starting point of any meaningful discussions,” said Thomsen.

With cases like this, GCW has worked hard to bring the story forward and cultivate conversations around civil rights issues.

Watch the video below for a viewing of the press conference held on Tuesday, August 28th.