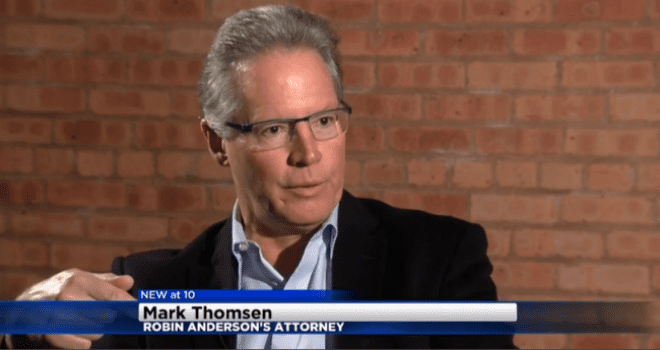 UPDATE: The city of Glendale has reached a $100,000 lawsuit settlement with Robin Anderson, who was wrongfully arrested by Glendale police while sitting in her car before a job interview at the Bayshore Town Center Applebee’s in 2017.

Glendale Police said it was a case of mistaken identity, and apologized in a statement saying “The City of Glendale Police Department understands that the incident was emotionally traumatic for Ms. Anderson, and she has our heartfelt sympathy and regrets she had to experience this ordeal. We wish her all the best and success in all her future endeavors”.

On December 20, 2017, Robin Anderson was arrested at gunpoint in what police now say was a case of mistaken identity. Anderson has filed a lawsuit against the City of Glendale and several police officers, claiming she was racially profiled.

Glendale police had been investigating a series of robberies at cell phone stores in the area during this time. Anderson had arrived early for a job interview at a nearby restaurant and was waiting in her car at Bayshore Town Center when a Glendale police squad car smashed into her driver’s side door. Officers smashed in the passenger window, pointed their guns and ordered her to climb out of the vehicle, where she was then handcuffed.

Officers told Anderson they were looking for four black males that were wanted in the string of robberies in surrounding cities. However, the lawsuit alleges the suspects and Anderson had nothing in common. They had different car models, license plate numbers, and she was a woman alone in her vehicle.

“The only thing in common with these four alleged black men and Robin Anderson is that they’re all African American,” said GCW attorney, Mark Thomsen.

“Before this situation, I had no reason to fear or hate police officers. None. But seeing a police officer strike fear in me that I can’t even describe… seeing one makes my heart drop, I start to shake, it’s like I’m having a panic attack,” said Anderson.

Anderson’s lawsuit says she is still “experiencing unnecessary and physical pain and severe emotional pain, distress, suffering, loss of enjoyment of life, property damage, and continues to be damaged.”