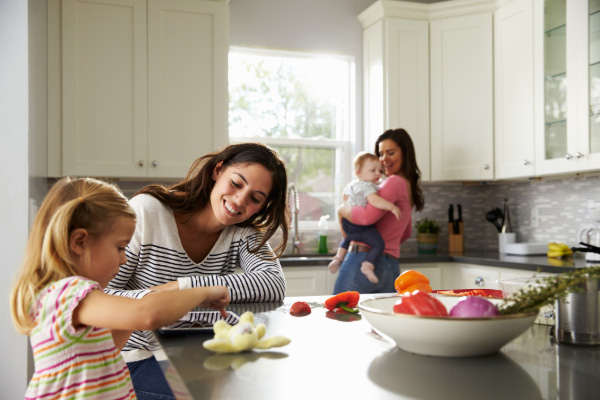 On April 28, 2015, the United States Supreme Court heard arguments in Obergefell v. Hodges, which would decide whether or not same-sex couples would have the fundamental right to marry and all of the civil rights that are afforded to opposite-sex couples throughout the United States. The question before the Court was whether or not the Due Process Clause and the Equal Protection Clause of the 14th Amendment granted a fundamental right to marry same-sex couples. On June 26, 2015, the Court found that all fifty states had to not only perform but also recognize the marriages of same-sex couples and all of the rights that come with the institution of marriage. Since that decision, individual state legislatures have begun drafting and passing legislation that protects the civil rights of not only same-sex couples but individuals that identify as a part of the LGBTQ community. Here is what Wisconsin has passed into law, and how it impacts same-sex families.

In June of 2019, numerous LGBT members of the Wisconsin State Assembly and Senate, including: Rep JoCasta Zamarripa (D-Milwaukee), Rep. Todd Novak (R-Dodgeville), Rep. Marisabel Cabrera (D-Milwaukee) and Sen. Tim Carpenter (D-Milwaukee), introduced a package of bills that focused on ensuring the safety of all citizens of the state and promoting the equality of the citizenry.

The Wisconsin Marriage and Family Equality Act changes of the language of spouses to gender-neutral to ensure that there can be no limits on the matrimonial rights of any couple within the state. The bill goes further to grant parental rights equally to both parents, regardless of gender, in a legally recognized marriage. This has far-reaching implications for non-biological parents in a same-sex marriage and the rights of parents to make decisions for their child if the other parent is not available or has passed away.

The bills also prohibit discrimination on the basis of someone’s gender identity, eliminating any “panic” defense against gay or trans individuals, fully updating the Wisconsin state statute and constitution to recognize marriage equality and banning the controversial practice of conversion therapy on members of the LGBTQ community.

No member of any protected class should be harassed, demeaned, or discriminated against based on their sexual orientation or gender identity. If you or anyone you know has been a victim of discrimination, you may have a case. Please call the offices of Gingras, Cates and Wachs for your consult today.