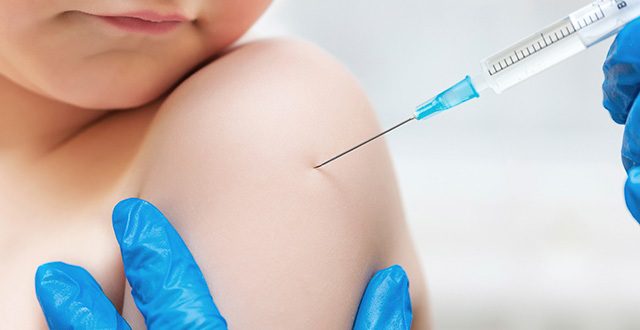 Flannel season is flu season. Along with pumpkin spice lattes, sweaters, and apple-picking, Autumn ushers in the return of sniffles, sore throats, and sick days. For individuals and families, dodging the flu usually means a visit to a doctor’s office or a local pharmacy to receive the flu vaccine. The Centers for Disease Control and Prevention (CDC) considers the flu vaccine the single best way to protect against the flu. The vaccine itself operates by triggering the development of antibodies in the body just weeks after being administered.

Yet, the importance of vaccination extends beyond the influenza vaccine. Vaccines are on the front lines of public health in the United States, helping to contain chickenpox, measles, polio, and many other diseases. In some circumstances, the positive impact on public health has been staggering. For example, in 1921 alone, more than 15,000 Americans died from diphtheria. Thanks in large part to the vaccine, only a single case of diphtheria has been reported to the CDC since 2004[1].

Although vaccines operate to prevent disease, on rare occasions they can actually trigger them. Usually when a medical device, or any consumer product for that matter, causes an injury to someone, that person can recover for their injury by bringing a lawsuit. However, for vaccine injuries, the United States government implemented a unique mechanism for injured individuals to seek and find justice.

In recognition of the great public value of vaccines, the federal government decided to shield the organizations who manufacture vaccines from the threat of lawsuit. Rather than expose their work to the risk of litigation, the United States Congress created a large slush fund through which individuals who suffer a vaccine injury can submit claims and ultimately receive monetary compensation. To fund the fund, as it were, Congress levied a $0.75 fee on the cost of vaccines. The impact of the revenue generated and distributed because of this fee is substantial. Indeed, since its inception, this fund distributed nearly $3.5 billion dollars to individuals suffering from vaccine injuries.

The program through which money from this fund is distributed is called the National Vaccine Injury Compensation Program, or VICP. The VICP is a unique system, operating what is known as a “no-fault” method for recovery. That is, when the claim is approved, no one is deemed at fault for the relevant vaccine injury. Instead, a court may simply award money to an individual who submits a petition and corresponding evidence of their vaccine injury. Unlike a traditional lawsuit, the injured individual is not required to show that someone else’s negligence caused their injury; rather, a claim will be processed so long as it demonstrates that someone received a vaccine and the vaccine resulted in a disease or other injury. Additionally, as long as some basic requirements are met, the VICP will reimburse individuals for their attorney’s fees. All in all, the VICP offers those injured by a vaccine with a streamlined process to recover for their injuries.

At GCW, attorney Heath Straka is admitted to practice before the court that handles VICP claims. If you believe you may have such a claim, contact Heath at 608.833.2632 or straka@gcllawyers.com.