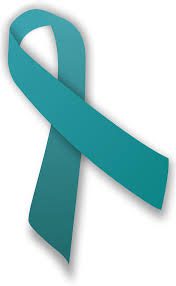 using the brand’s baby powder. This most recent award is the largest in string of staggering trial losses for Johnson & Johnson, in which juries have found the company liable for failing to warn its customers about the dangers of its product.

Baby powder is one of the oldest and most commonly used cosmetic skin care products on the market. The most recognizable brand is Johnson’s Baby Powder, which was introduced in 1893. Since then, Johnson & Johnson’s Baby Powder has become one of the most widely-recognized and trusted brands on the market. In 2014, sales of the company’s baby powder totaled roughly $375 million.[1] Since the early 1900’s, Johnson & Johnson has also marketed the powder for use in personal hygiene and cosmetics, with taglines like “Best for Baby, Best for You.”

The main ingredient in baby powder is talc, a whitish mineral that is used in a variety of different industries. Talc is extremely soft, and can be ground into a fine powder. When applied to the skin, talcum powder works as a topical astringent, which helps to dry and soothe irritated skin.

In recent decades, scientific studies have raised questions regarding the safety of talcum powder. A 1971 study found talc particles imbedded in ovarian tumors[2], which first raised the suggestion of a link between talcum powder and ovarian cancer. Since then, a number of published studies suggest that using talcum powder may increase the risk of developing cancer.

The embattled company is currently facing thousands of similar suits in state and federal courts across the country.

For its part, Johnson & Johnson maintains that its product is safe and has vowed to appeal these recent verdicts. However, it’s worth noting that the company has begun marketing a cornstarch-based baby powder in recent years, which doctors say is a safer alternative.

Talcum powder litigation is certain to drag on for many years. But regardless of what happens, these recent cases highlight the fact that very little oversight is given to the safety of products we use every day.   Baby powder is a cosmetic product. Unlike pharmaceutical drugs, cosmetics are not closely regulated by the Food and Drug Administration. Cosmetics aren’t required to undergo a formal approval process before being sold to consumers; companies don’t even have to prove they are performing safety testing.[3] Many products, including moisturizers, shampoos and deodorants-things we use every day-fall under this broad category.

Therefore, consumers rely on companies like Johnson & Johnson to ensure the products they market are safe. The idea is that if companies are legally responsible, they will be incentivized to make a safe product.   However, that is little comfort for consumers who are injured when a company negligently markets a dangerous or defective product.