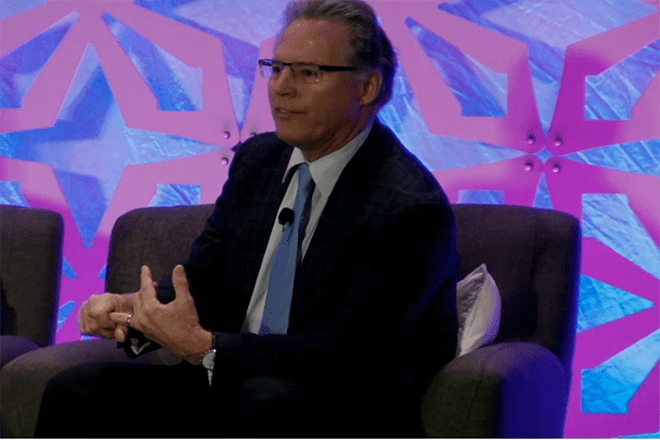 Mark Thomsen, Gingras, Cates & Wachs (GCW) Lawyers civil rights attorney, known for his representation of Milwaukee Bucks guard, Mr. Sterling Brown, spoke at the NBA event, Team Up for Change, on February 27 in Sacramento. Thomsen was part of a three-person panel that included Mark Lasry, Co-Owner of the Milwaukee Bucks, and Vivek Ranadivé, owner of the Sacramento Kings, to discuss how sports can help communities achieve racial equity.

“Every movement needs people like these two (Lasry and Ranadivé) that will take their resources and use them for events like today that can make a real difference,” said Thomsen. But for Ranadivé, the movement is bigger than basketball and he hopes it will go viral, not just within the NBA, but through all professional sports leagues.

“Whenever the team can do something as big as this for the community, it’s important,” Brown said the day of the summit. “It definitely lets some of the community members know that it is a push to make change, especially for myself, I’m pretty big on that where I stand and my situation and the platform I have. I’m looking to make significant changes in the community to help the urban, the black community progress.”

Team Up for Change brought the two NBA teams together after their two cities experienced similar social justice injustices last year. Milwaukee Buck’s guard, Sterling Brown, was wrongfully tased and arrested by Milwaukee police over a parking violation in January, and Sacramento police shot and killed Stephon Clark, a young unarmed black man, in his grandmother’s backyard in March. The Stand Up for Change Summit is part of a two-year partnership between the Bucks and the Kings to inspire and encourage change in both cities. Next year’s Team Up for Change Summit will be held in Milwaukee when the Bucks host the Kings at Fiserv Forum.

In honoring his commitment to making changes in Milwaukee, Sterling and his brother, Shannon Brown, have started a non-profit S.A.L.U.T.E. (Sacrifice, Ambition, Loyalty, Unlimited, Truth & Education) that will be funded by the proceeds of his federal lawsuit against the Milwaukee Police Department, if he wins.

In Sacramento, the Kings are also promising to give back. Fifty high school seniors will receive $1,000 scholarships starting this fall thanks to the Sacramento Police Foundation Criminal Justice Magnet School Academy and the Sierra Health Foundation.

GCW and Thomsen have represented civil rights cases in Milwaukee and across Wisconsin for years, recently seeking justice for two Milwaukee pastors who were allegedly racially profiled in Waukesha County, and the civil case of Adam Trammell. With an influx of cases in Milwaukee, GCW continues to right the wrong that plagues local community members, and Team Up for Change helps advance these critical social injustice issues. Contact us today if you have been a victim of racial profiling or discrimination.