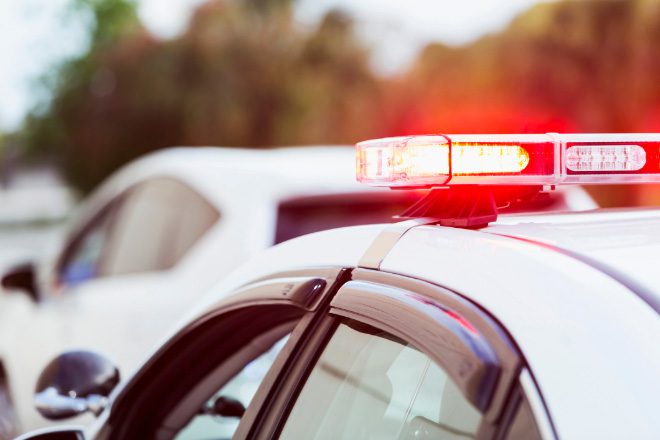 When a police officer pulls you over, what you do and say can have a huge effect on any legal proceedings that might follow. Whether the traffic stop ends in a simple moving violation or an arrest for a more serious crime, your choices are critical.

When You See the Police Car

If a police car is following you with its siren on or emergency lights flashing, pull over to the right quickly, but safely, and come to a complete stop in a safe place. Pulling over right away isn’t an admission of guilt. It just means that you were alert to everything that was happening around you. Also, by stopping as soon as you can, you’ll have a better chance of figuring out exactly where and how the officer says you violated any traffic laws. This information can be useful should you and a lawyer later need to prepare a defense.

Pull over in a way that will be most likely to calm down an angry or annoyed traffic officer. Use your turn signal to indicate any lane changes from left to right, and slow down fairly quickly, but not so quickly that the officer will have to brake to avoid hitting you. Pull over as far to the right as possible, so that the officer won’t have to worry about being clipped by vehicles in the right lane when coming up to your window.

Right After You Stop

After you’ve pulled over to a safe spot, you should normally turn off your engine. At this point, you might want to show the officer a few other token courtesies. You have little to lose and perhaps something to gain.

Roll down your window all the way. You might also want to place your hands on the steering wheel, and, if it’s dark, turn on your interior light. These actions will tend to allay any fears the officer might have. After all, police officers have been killed in traffic-stop situations, and the officer’s approach to the vehicle is potentially the most dangerous moment.

Your dignity might be offended a little at this point, but remember that you’re just doing a few simple things to put the officer in an optimal frame of mind. Stay in the car until and unless the officer directs you to get out. Finally, don’t start rummaging through your back pocket for your wallet and license, or in your glove compartment for your registration, until the officer asks you for them. For all the officer knows, you could be reaching for a weapon.

A police officer who stops you for a traffic violation is normally not allowed to search your vehicle. But there are several exceptions to this general rule.

Staying in the Car and More on Searches

An officer who stops you for an alleged traffic violation has the right to insist that you and your passengers get out of your car. Follow the officer’s directives but begin with the assumption that you should remain in the car. And you should also assume that the officer is on alert, ready to interpret a failure to follow instructions as a threat of danger or an attempt to flee.

An officer who has any reason to suspect that you might be dangerous has a right to conduct a quick “pat-down” search of your outer clothing. Upon feeling any weapon-like object during the pat-down, the officer may reach in and get it. The officer can also seize anything during a proper frisk for weapons that obviously feels like contraband. What if the officer asks to search your cellphone? May you politely decline? The rule is that officers generally may not search cellphones without warrants—or your consent.

Also, if the police officer reasonably believes you’re dangerous and might gain control of weapons, the officer may search areas within the passenger compartment in which a weapon could be placed or hidden.

Talking to the Officer

Generally let the officer do the talking, and respond when appropriate. Some lawyers caution that an officer who pulls you over for a traffic violation has decided whether to give you a ticket before approaching your car. These lawyers warn that officers will sometimes act as though they might change their minds if you cooperate so that they can get information or an admission out of you.

It can be tough to know exactly what to say to an officer’s queries, but whatever you do, you shouldn’t argue. And you should know that you have a right to remain silent, although you might have to actually say something to invoke that right.

Talking to a Lawyer

Simple traffic violations often don’t require the assistance of an attorney. More serious accusations like a charge of driving under the influence or possession of drugs often do. If you have questions or would like more information about your rights during a traffic stop, contact the GCW team today.