Gingras, Thomsen and Wachs partner Mark Thomsen, on behalf of Milwaukee Bucks guard Sterling Brown, signed a settlement agreement with the City of Milwaukee. The City will admit to violating Brown’s constitutional rights and incorporate changes to its police department standard operating procedures.

Brown filed the civil rights lawsuit following a January 2018 incident in which he was unlawfully attacked, tased and arrested for parking illegally – despite no resistance or posed threat.

According to Milwaukee police, officers doing a business check at a Walgreens around 2 a.m. noticed a parked vehicle across two handicap spaces. Brown was being questioned for the parking violation when police officers tased and arrested him. After an internal review, which included watching the body camera footage, several officers were disciplined and required to undergo remedial training.

In September of 2019, the City of Milwaukee offered a $400,000 settlement that did not include an admission of liability. Brown refused this settlement and vowed to continue fighting for much-needed community progress.

Mark Thomsen and the City Attorney of Milwaukee filed a joint status report update in federal court on November 6, 2020 regarding the settlement details, but the City Attorney does not become authorized to sign the agreement until the Common Council next meets.

The law firm of Gingras, Thomsen and Wachs has been honored to accompany Mr. Brown in his pursuit of racial justice and looks ahead to improvements that will be made in the City of Milwaukee’s police department. There will be no comment from GTW or Mark L. Thomsen at this time.

Read the official statement from the Milwaukee Bucks: 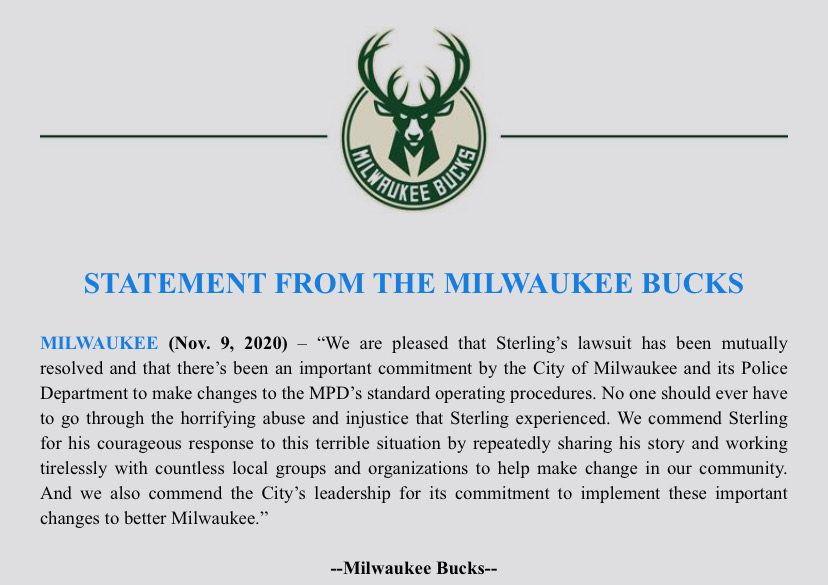 Letter From The City Attorney