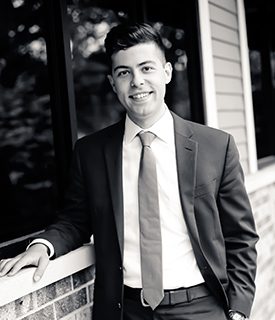 When most people get behind the wheel of a car, they instinctively reach for the seatbelt and secure it without a second thought. After decades of safety testing and industry assurance, drivers have accepted that seatbelts keep us safe and reduce the risk of serious injury.

Similarly, airbags have become a universal safety feature in cars that drivers seldom think about. Unfortunately, this same device which was designed to keep us safe in the result of an automobile collision has caused serious injury or death to hundreds of people in the United States in recent years. To be clear, airbags are not per se dangerous; however, due to manufacturer negligence, deadly defective airbags potentially lurk in tens of millions of vehicles on the road today.

Japanese airbag manufacturer, Takata, has come under fire in recent years as its airbags have been linked to defective and dangerous explosions when deployed. Even more worrisome is the revelation that Takata potentially knew about the dangerous defect for years, and chose to hide that knowledge, even after their airbags started killing passengers. Under the weight of massive litigation, Takata recently filed for U.S. bankruptcy protection.

Earlier this year, Takata pleaded guilty to criminal charges arising from the company’s cover-up of the defective airbag crisis. A number of former Takata executives were also criminally indicted for their role in the cover-up. As a result, the embattled company agreed to pay a $1 billion dollar fine[1], as well as finance a $125 million fund to compensate victims injured by the defective airbags.[2]

Takata began making airbags in the late 1980s and was a leading airbag manufacturer for U.S. automobiles. Currently, as many as 19 different automakers have issued safety recalls for Takata-manufactured airbags in their vehicles, and the list is steadily growing. Just in the last year, the number of cars under recall has tripled, swelling to 42 million.[3] The National Highway Traffic Safety Administration (NTHSA) has called this “the largest and most complex safety recall in U.S. history.”[4]

NTHSA determined that the defect in the airbags was caused by Takata’s failure to add a chemical drying agent to the propellant, which is used to quickly inflate the airbag during a collision.[5] This failure to use a drying agent, combined with environmental moisture and high temperatures, can cause an airbag to explode at an unsafe speed when deployed. This explosion causes the metal cartridge housing the airbag to rupture, spraying shards of metal shrapnel throughout the passenger cabin of the vehicle.

To make matters worse, a lawsuit filed earlier this year alleges that automakers knew that Takata’s defective airbags were causing injuries and deaths, but continued to use the Takata airbags because they were cheaper than the competitors.[6]

Takata’s defective airbags have been responsible for at least 11 deaths and more than 180 injuries in the U.S.[7] Takata, as well as the major car manufacturers, are facing massive multi-district litigation as a result of the faulty airbags. Recently, Mazda, BMW, Toyota and Subaru reached a settlement with plaintiffs, agreeing to pay a combined $553 million to exit the litigation.[8] This settlement would help reimburse car owners for costs associated with repairing their car’s recalled airbags. However, this settlement does not cover any claims for personal injury or property damage. The settlement has not been finalized by the federal court.

Despite the wide media coverage and public concern regarding the dangerous airbags, the automotive industry continues to drag its feet. During the recent $553 million settlement talks, automakers admitted that only about one-third of the recalled cars have been repaired so far. Even more concerning is the admission that as late as 2016, automakers were still installing faulty airbags in new vehicles.[9]

If you are concerned that your vehicle potentially has defective Takata airbags, you can search for your vehicle’s VIN number on the NTHSA website to see if it has any outstanding recalls. That link can be found by clicking here.